Our resident Barry at The Gables recently celebrated his Birthday with a locomotive Birthday cake made by our chef Heath Brown – it’s garnered so much attention online that he’s now been given the best present he could ask for. 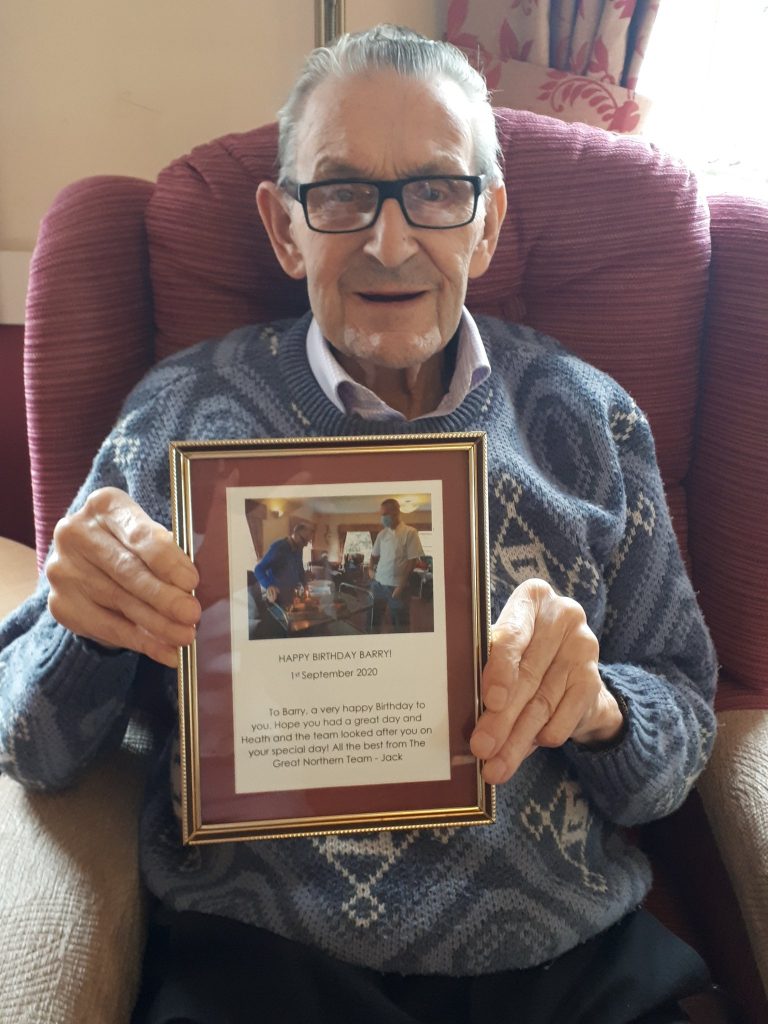 Barry is a wonderful gentleman and our staff wanted to ensure he got a unique birthday experience, befitting of such a brilliant resident. Chef Heath really pushed the boat out to make sure Barry got a birthday cake fit for a king – in this case a locomotive cake, as Barry is a train enthusiast.

We’re so proud of our staff for taking the time to get to know our residents on such a personal level and creating friendships that allow them to tailor activities and celebrate special occasions in this way.

Barry was over the moon when he saw his Birthday cake and the efforts our staff had gone too, to give him a wonderful party and bring our residents together to celebrate his special day. 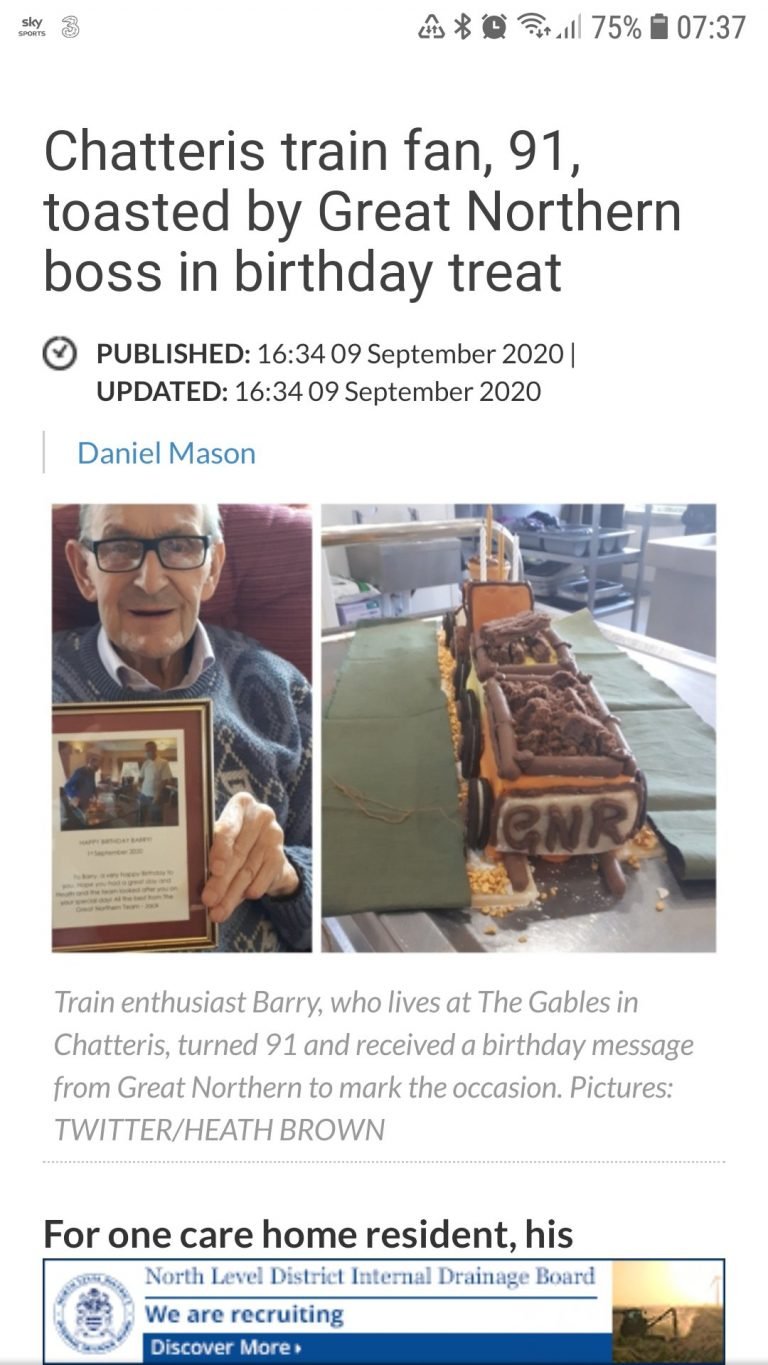 Due to the amazing response this story received after our company account, and chef Heath shared the news through Twitter, we were lucky enough to garner the attention of the Great Northern Railway – the trains that mean so much to Barry.  We were also featured in the Cambs Times who thought the story was news-worthy which was lovely!

Not only did we get a lovely tweet of support from Great Northern Rail but the managing director Tom even made Barry a video message and offered him a ride in the main cab  of one of the trains in the future.

It means so much to us to see this level of generosity and support from our local community to give our residents an amazing Birthday.

Thank you so much for all your help!