Our wonderful resident Brian is receiving end of life care at Laurel Lodge and he wanted one special thing – a signed Wolverhampton Wolves football shirt. 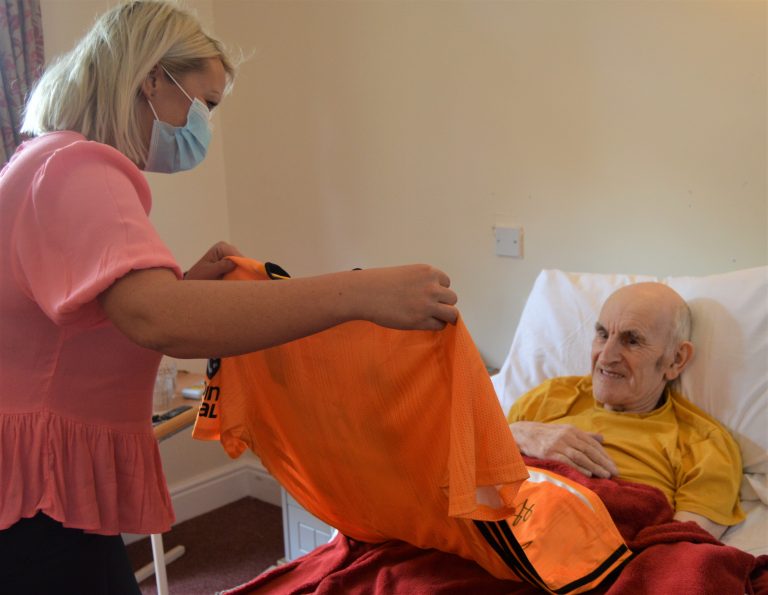 At Laurel Lodge, and the majority of our homes, we have implemented a ‘wishing tree’ which allows each of our residents to request a special object or experience they would like to do that year.

It can be something as big as going on holiday, or a little as eating a specific dish in a restaurant. Due to the Coronavirus pandemic some of these wishes have had to be adapted or postponed, but wherever we can we’re making sure our residents get the enriching and joyous experiences they requested. 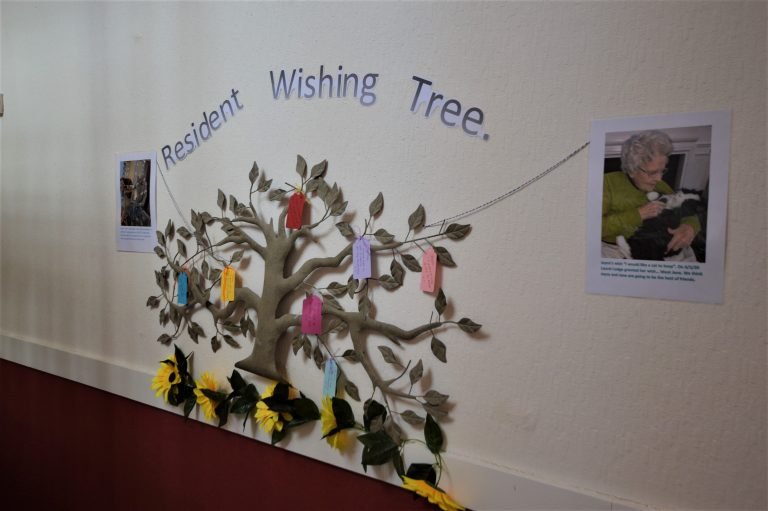 Our residents happiness is at the heart of everything we do and we think it’s important to ensure they are receiving bespoke, tailored activities as much as possible, and it’s our pleasure to make their dreams come true whether big or small.

Brian is receiving end of life care at the home, and our staff felt it was paramount to do everything we possibly could to ensure Brian’s wish was granted as soon as possible. Manager Danielle Bullent, alongside our BlackSwanCare Twitter account, launched an expansive social media campaign to try and make Brian’s wish a reality.

We were absolutely overwhelmed with the response from Wolves players, the fan association, and local companies who were only too happy to help.  The generosity we were shown, and the compassion and love Brian’s wish received from complete strangers was heartwarming and meant Brian got even more than he’d asked for.

A wonderful man called Lewis Taylor (@worldoflewy) from Energy Angels kindly donated a signed shirt from last season along with a programme of their lockdown games, a certificate of authenticity and sent a wonderful video message to Brian which brought a tear to everyone’s eye.

The generosity of Wolves fans knows no bounds, and as well as getting his wish he was also treated to a host of signed player biographies and books about his favourite team – courtesy of Jason Guy who hosts The Wolf Whistle Podcast (@wolvespremiere).

Brian could hardly believe his eyes when he received all of these amazing gifts, and he was able to experience this in his bedroom with staff members and his son Dean stood at the patio doors. It was a truly touching afternoon and Brian shed some happy tears, he said:

“I can’t believe you did all this for me.  You’re all so generous. Thank you to everyone who did this for me”.

Brian’s son sent individual thank you messages to each of the Twitter users who supported us to grant Brian’s wish and was grateful to the Laurel Lodge team led by Danielle for making this happen for his father.

What he doesn’t know is that he’s got more surprises on the way, as one of his all-time favourite players is Billy Wright – and his amazing daughter has kindly offered to speak with Brian over the phone about her father’s football career, and has even offered to send him a photograph of the legendary player.

As a care provider we believe in supporting our residents to lead as independent of lives as possible, and we encourage them to pursue talents, hobbies, passions and interests.

Person-centred care is at the heart of everything we do and we are incredibly proud of the staff group at Laurel Lodge who went to such an exceptional effort to give Brian and his family such amazing memories, which we’re sure will be treasured by all. 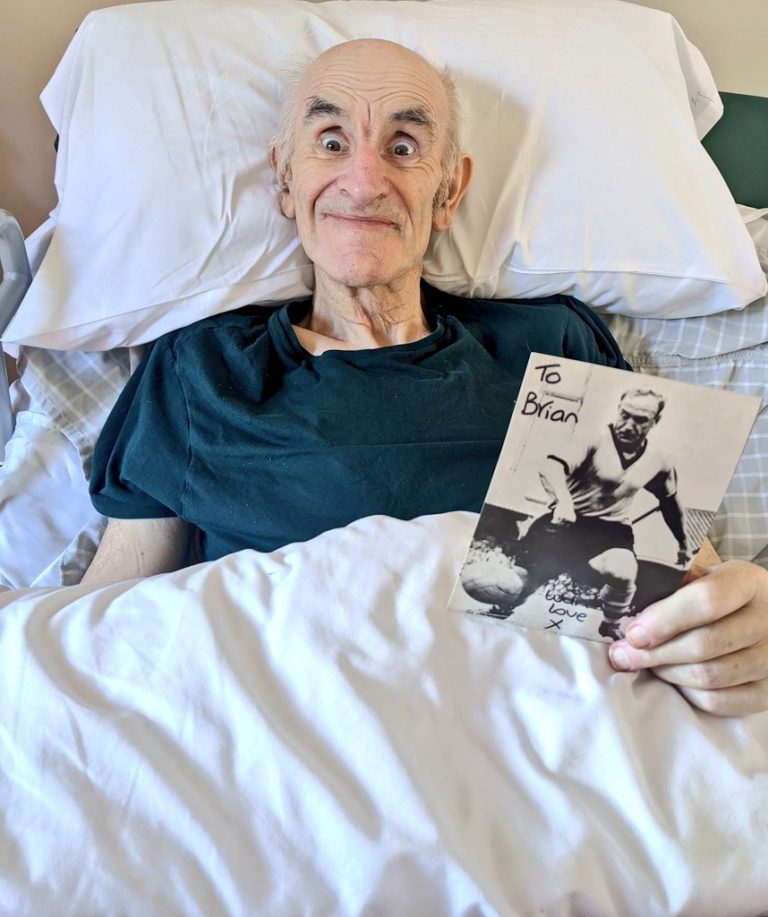 We are extremely happy to say Brian was absolutely over the moon to speak to Vicky Wright, and reminisce about her father Billy Wright’s football career. Vicky told Laurel Lodge manager Danielle, that she could hardly believe how much Brian knew about her late father’s life.

After they connected during their conversation Vicky decided to send some additional gifts to Brian, which put a huge smile on his face. He received a collection of photographs of her father throughout his career.

He was also treated to a special video call with the legendary Wolves player Steve Bull! Brian hasn’t been able to get the smiles off his face and was quite overwhelmed with happiness, stating: “I can’t believe everyone’s going to this much effort for me”. 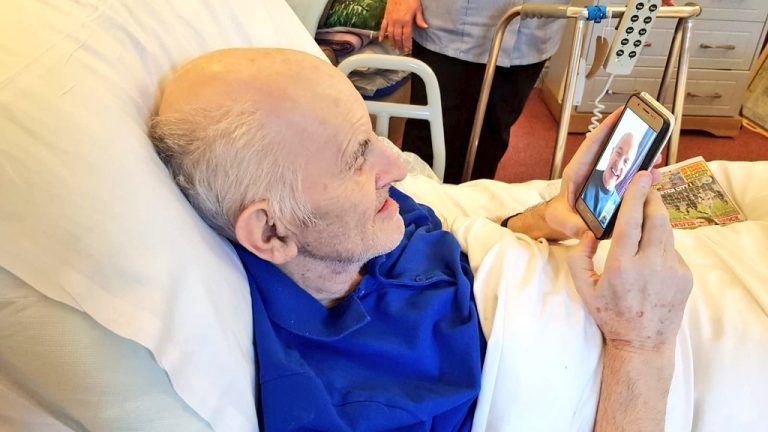