Eddie becomes a Centurion with over 100 Birthday cards!

We’re so happy to be able to say our Birthday card appeal for Eddie was a roaring success – he was so surprised and said he is: “So thankful to everyone”. 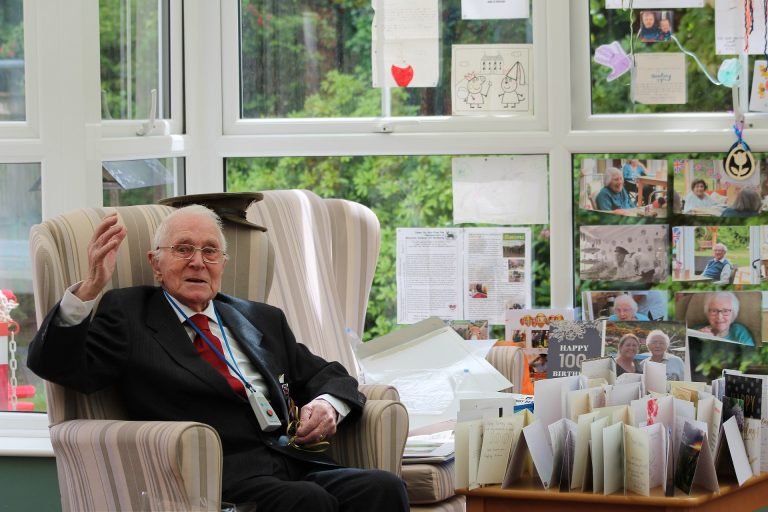 After launching our birthday card appeal two weeks ago we received overwhelming support from our local community, the media and our amazing entertainers and collaborators who did everything they could to give Eddie the best 100th Birthday possible.

We are overjoyed to announce that Eddie received 107 cards on his Birthday which was a huge surprise to him – he was overwhelmed by the generosity of people who were willing to send him a card and well-wishes despite having never met him. Staff laid all of his cards out as a surprise when he woke up, and he couldn’t believe his eyes.

As well as all the brilliant cards, he was lucky enough to receive a video message from our Little Visitors from Friend in Deed, and a harp rendition of Happy Birthday from talented harpist Xenia.

He also received his telegram from the Queen, which meant a lot to Eddie. Here you can see him when he opened it: 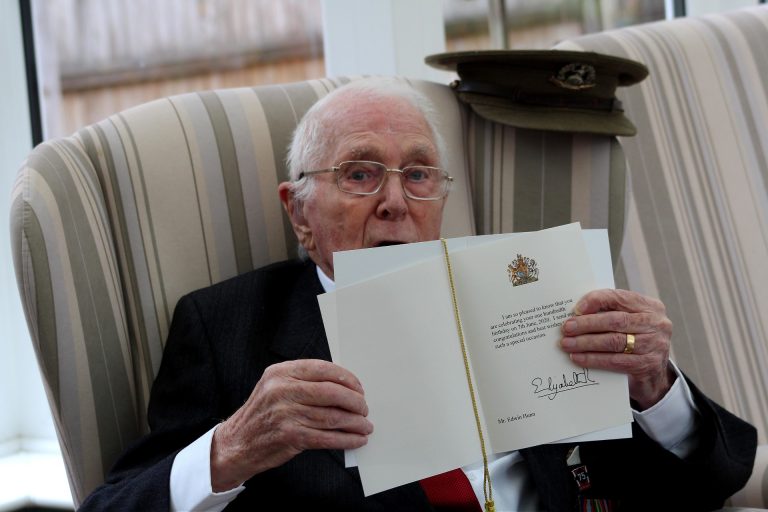 The Far East Prisoner of War Chaplain Pauline Simpson said a few words to mark Eddie’s significant birthday – safely distanced from the other side of the street. Her very talented daughter Laurel – who works as a cruise ship entertainer – led singing with Eddie’s family so they could have a socially distanced singsong to ‘We’ll meet again’ and ‘The white cliffs of Dover’.

We also received an email from the High Commission of the Republic of Singapore who shared their birthday wishes with Eddie on Sunday too.

This is particularly poignant as Eddie spent three and a half years as a prisoner of war in Singapore building the Thai Burma railway during World War Two.

We were also able to transport Eddie into the home’s car park for a special photo-shoot courtesy of his brilliant family. A photographer took portraits of Eddie and staff from a safe distance and his family stood on the opposite side of the street waving flags to celebrate with him. 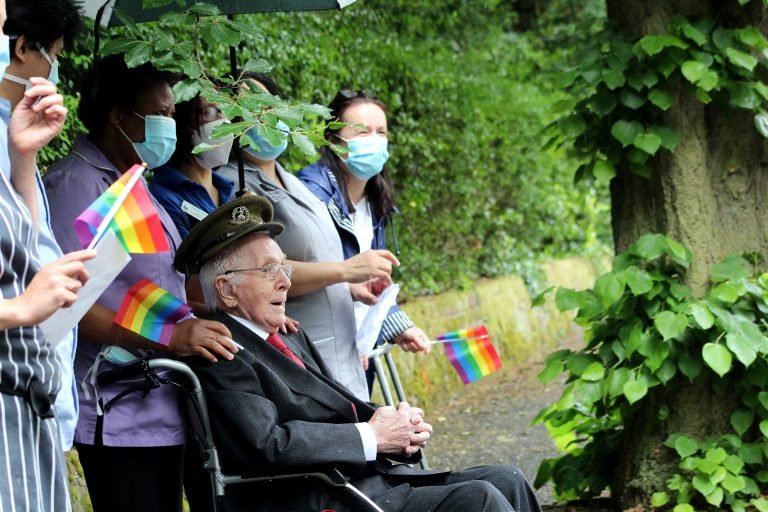 It was a very touching and special moment for Eddie; his family, and our staff who were proud to be able to give him the kind of day he deserves.  He even received a live performance for his years of service in WW2 from bugler Peter Moy – formerly of the Royal Artillery Band.

We’ve included some of the photographs from yesterday’s very special celebrations.

Thank you to everyone involved!

You can read all about Eddie’s time as a POW by clicking here.